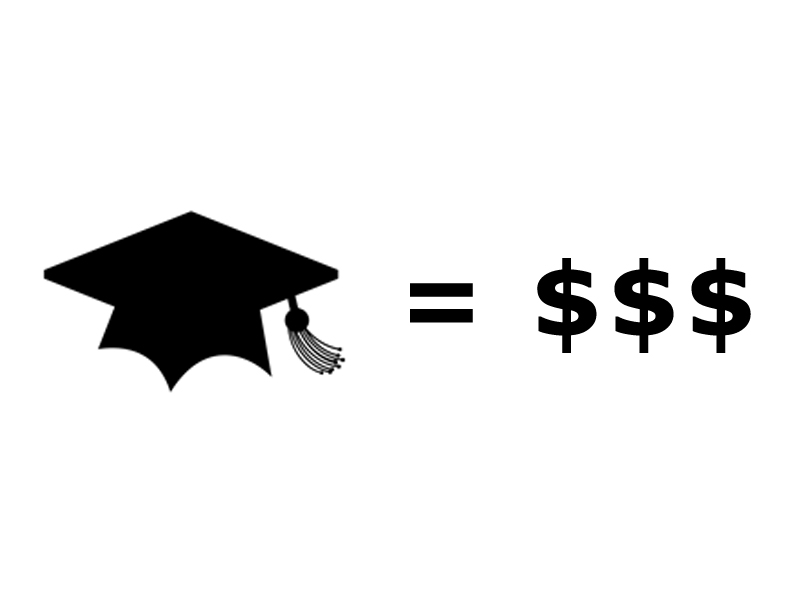 If there is one thing that really irritates me is the obsession by the media in this country about the earning power of education. It’s as if the value of a degree is based solely on how much a graduate can earn. Last week the Dominion Post carried yet another one of these articles, ‘Not all learning helps earning’. Despite research proving time and again that a well-educated society is a happier, healthier and more productive society, we are obsessed with which subjects appear to give the most ‘value for money’.

“Not enough students are engaged in courses of study that are useful for productive work” says the article. Really? And how is ‘productive work’ actually defined?  Whose fault is it that some jobs are arbitrarily rated much more highly than others? That some CEOs can command salaries so much higher than the employees that work for them? Why is there such a discrepancy between the salaries of nurses and teachers versus accountants and lawyers?

The article goes on to say that not enough technicians, engineers or scientists are graduating. But as someone who manages a university careers service I can tell you that there are many technicians, engineers and scientists also struggling to find work. Despite the acknowledgement that careful, long term economic planning is critical; most organisations are very short term in their hiring practices, only looking at the immediate profit. There is still no national commitment to ongoing training and development, some of which can only happen on the job no matter what qualification you have completed. And how many jobs are ‘lost’ simply because so many places are under-resourced? (Think health care, education, social services, scientific research and development.) The work is there all right, but people are being asked to work 50-60 hour weeks (many without compensation) whilst others go without work. It is our societal values rather than what people study which is the real issue here.

Not every student is driven by how much money a certain job will earn them. An increasing number of students are concerned about how they can make a difference, are morally and ethically driven, and concerned with the environment and sustainability. Research tells us that the future of work is dependent upon creative problem-solvers and communicators who can think outside the box. Even IT companies are forecasting that due to the complexity of issues arising from rapidly advancing technology, skills commonly found in arts subjects such as philosophy will be in demand.

Why is it that so much emphasis is placed on the investment of education – student loans – when we don’t seem to see the same obsession with people who constantly borrow beyond their means for houses which are currently terribly overvalued or taking out a car loan for $100,000? Is that car really more valuable than a tertiary education? No one seems to question that!

Of course it’s important to make informed decisions regarding study. As a career counsellor I would be the first to agree. However, these decisions are not straight forward and our lives can change at the drop of a hat. The world is impacted by climate change, terrorism, wars and natural hazards such as earthquakes and tsunamis. Let’s not simplify an important issue just by saying that by studying the ‘right’ subject all will be well.

What we really need is an overhaul of societal values, government policies and corporate greed. When is profit too much profit and at what cost?